Jenny – Acoustic Solo LIVE
Vocalist, Singer, Song-writer
◆◇◆Profile◆◇◆
Jennifer ( Jenny ) was born in Kobe, Japan. Growing up bi-racial in Japan, ( with a Japanese mother and an American father ) her father played a huge part in Jenny’s life for becoming a musician and producing her songs to this day. Jenny is now a talented vocalist/song-writer and has released 2 albums and written over 50 songs. She composes and sings her songs both in English and Japanese in order to reach fans on both sides of her heritage. In whatever language she chooses to sing her songs, Jenny never fail to capture her audience’s attention.
She has a warm mesmeric charm in her voice that is soothing and heart-touching to everyone. Jenny is a rising star in Japan connecting her songs to music lovers both in Japan and around the globe. Some of her first singles she released include songs like : For Who I Am, Dreams Come True, Shine; and some memorable songs from her Albums include: Go With The Flow, You’re The Root Of All That’s Good, Hontouni, My Dear Jamie and many more.

Note:  The QR code displayed on the "Show Ticket" screen from "My Ticket" ( after purchasing your ticket) does not need to be used to view the online live show.
Note: The streaming information for viewing the Live show (Date, Time, Link etc ) will be sent to your email address ( at 6pm the day before the show). So if the show is on Sunday, you will receive our email at or before 6pm on Saturday. To avoid not receiving our email, please make sure your email address is correct ( without any typos) when buying your ticket. 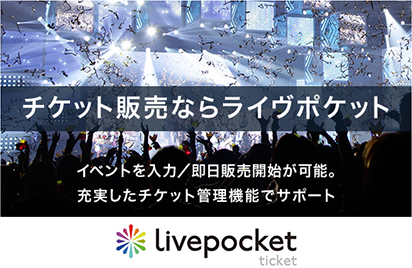